CNRC’s principal aim has been to develop plans that will upgrade, replace and build new infrastructure (water, sewer, sidewalks, streets) to meet the demands of burgeoning growth and development in this neighborhood.

Prior to having Sunnyside designated as a TIF district, CNRC focused on smaller, non-infrastructure grants to improve building façades, dumpster painting, the “Learn Not to Burn” campaign, and general cleanup projects including clearing trash and brush. 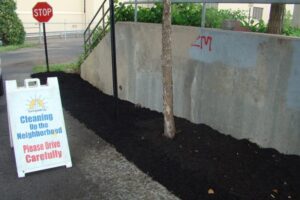 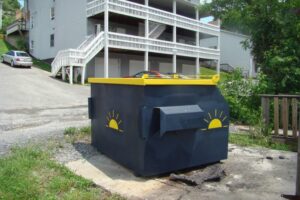 The first TIF Project occurred from 2010-2011 and was a Streetscape Project on Grant Avenue between Campus Drive and Third Street. The project included improvements to roadway, sidewalks, lighting, fencing, retaining walls, and the installation of a bus stop shelter and benches

Reconfiguration of University Avenue at Beverly Avenue and Third

The second TIF project was put into motion after University Place, a $70 million mixed-use development occupying the entire 2000 block of University Avenue, caught and held the attention of the CNRC Board of Directors as it began to think through Sunnyside’s most important infrastructure needs and commitments over the coming decade.

The photos featured on this page reflect the extent to which the sheer physical presence and size of University Place made demands for infrastructure upgrades in Sunnyside. From streets and sidewalks to deep public services such as storm water, potable water, and sewer, the University Place development reconfigured the landscape of Sunnyside in both the short and long terms. Several other private development projects were completed in the immediate area of the intersection upgrades, which included American Campus Communities, University Place Parking Garage, and Townhomes at University Place. 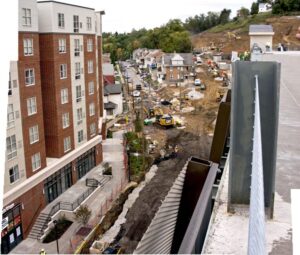 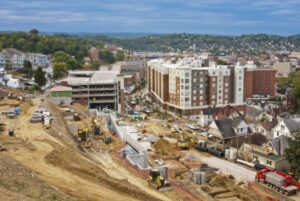 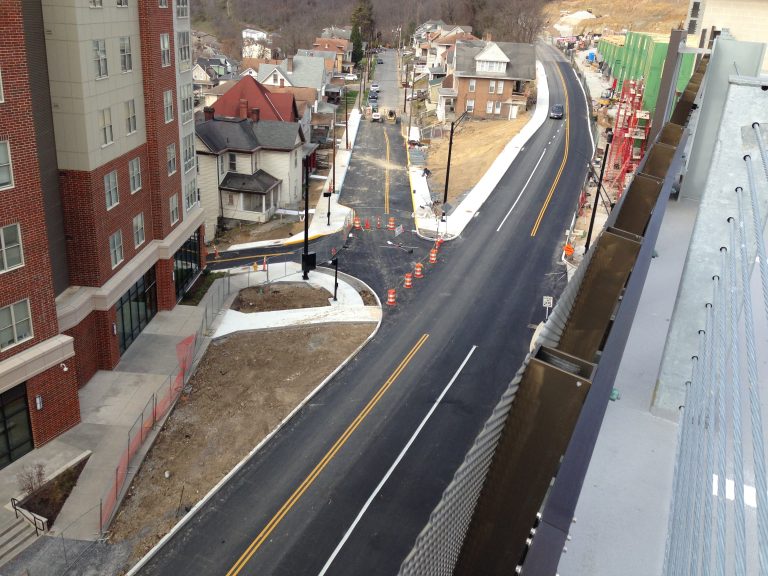 A view of the intersection of University Avenue, Beverly Avenue and Third Street following construction. A streetlight and pedestrian crossing have also been added to the intersection.

A subsequent phase (3B) is in the design phase; that phase will include upgrades to the intersection between Beverly Avenue and 6th Street.