Justice backs new I-79 exit at Harmony Grove near Morgantown

MORGANTOWN, W.Va. — Gov. Jim Justice has placed his full support behind the proposed Harmony Grove interchange off I-79 that would serve the Morgantown Industrial Park.

“Morgantown and all of north central West Virginia is a region of our state that continues to grow like crazy. This project to reshape I-79 is a large but necessary undertaking to provide convenient access to the industrial park and other areas where business is flourishing more than ever before,” Justice said in a Friday statement. “These upgrades would also add an element of safety for motorists who use this high-traffic corridor, especially local residents who travel on the interstate every day. For those reasons, I’m incredibly proud to put all of my support behind this proposed project, and I pledge to do everything in my power to see that it becomes a reality.”

The Federal Highway Administration has to give the final approval for the exit.

“In October 2020, the state Department of Transportation entered into an agreement with private developer and MIP owner Enrout Properties to allow the company to explore the feasibility of building a new interchange off of I-79. Enrout agreed to prepare a justification report, environmental document, and design study – at no cost to the WVDOT – exploring the proposed new interstate access,” the state said Friday.

Enrout’s study must be approved by the state DOH and FHA.

A 2019 economic study done by WVU researchers said the Morgantown Industrial Park has a $1.1 billion impact on the state economy.

The industrial park will have rail, barge and interstate access if the exit is eventually constructed.

The announcement also paves the way for the addition of Mountaintop Foods to the park. Unconfirmed reports indicate they plan to build a 300,000-square foot facility that will employ up to 250 people. The business is expected to operate 24-hours a day and operate up to 70 trucks a day in and out of the park.

The estimated cost of the project is about $41 million. The state and federal share would be about $10 million with the balance paid back over time from the Morgantown Industrial Park TIF.

“What this basically does is move the project forward, getting the state and federal funds together,” Bloom said. “With the infrastructure bill and Senator (Shelley Moore) Capito and the governor saying it’s a priority, we know it’s moving forward and even quicker than what we thought.”

Capito asked U.S. Transportation Secretary Pete Buttigieg during a hearing last week to make the construction of the exit a priority.

“I didn’t want to leave this opportunity unchecked,” Capito told Buttigieg. “Safety is your priority and this is a safety issue because of a business park which is growing. It would take a lot of truck traffic out of those local areas.”

Justice backs new I-79 exit at Harmony Grove near Morgantown 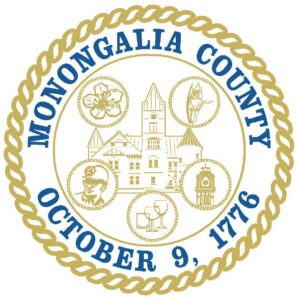